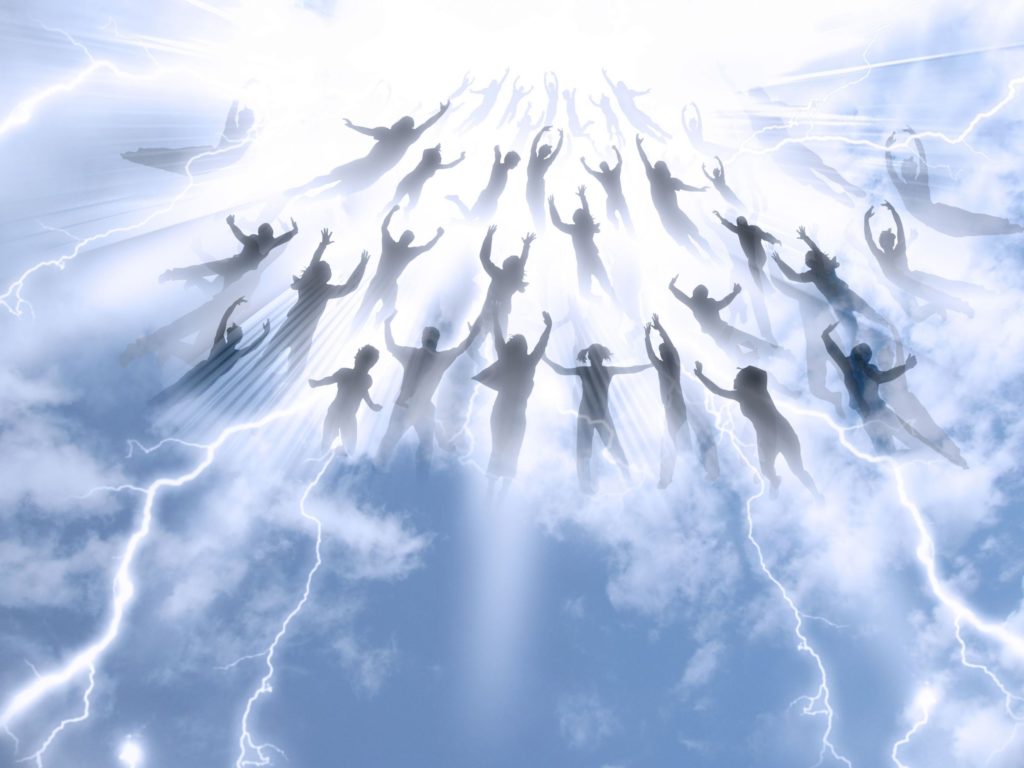 The subject of the Secret Rapture has taken the evangelical world by storm; even more so after the block buster series, “Left Behind” a series of 13 best-selling novels by Tim LaHaye and Jerry B. Jenkins, first published 1995–2007. The series has morphed into three action thriller films with a reboot released in 2014, starring Nicolas Cage. The original series of films are Left Behind: The Movie (2000), Left Behind II: Tribulation Force (2002), and Left Behind: World at War (2005). Box office Mojo has released that as of November 18, 2014, Left Behind has grossed a whopping $13,835,530.

The message of the Secret Rapture is based on Matt. 24:40-42 & Luke 17:34-36 where Jesus is describing to His disciples, the nature of His coming. We’ll take a look at the Matthew account, seeing that it is perhaps the most popular version. In Matt. 24:40-42 we read, “Then two men will be in the field; one is taken and one is left. Two women will be grinding at the mill; one is taken and one is left. Watch therefore, for you do not know on what day your Lord is coming (RSV).” At the surface, this passage may seem to support the doctrine of a Secret Rapture of God’s church near the close of the ages, but is that really what the text is saying? Is Jesus coming back secretly to rapture away His church?

Let’s look at another well-used text, 2 Peter 3:10 which starts off by saying, “But the day of the Lord will come like a thief (RSV)”. What will come like a thief, the Lord or the day of the Lord? The scripture is clear. It says, “the day of the Lord will come like a thief”. Do you understand the significance? Does “came as a thief” mean that it will come and go unnoticed or that it will come unexpectedly? Your understanding would be the latter, because with all the fierce winds, torrential rain and destruction, you wouldn’t miss it. Let’s continue reading, “and then the heavens will pass away with a loud noise, and the elements will be dissolved with fire, and the earth and the works that are upon it will be burned up (RSV).” So although the day will come as a thief, unexpectedly, the events of the day will not go unnoticed. The Lord will come in a manner that all will see. In fact, Revelations 1:7 says, “Behold, he is coming with the clouds, and every eye will see him” (RSV). The 2 Peter 3:10 account does not sound like a secret rendezvous to me. How about you? In fact, it sounds like a terribly noisy event. I would guess that Jesus’ Second Coming will probably be the noisiest event this world will ever see.

Another passage of scripture that highlights the second coming of Jesus is 1 Thessalonians 4:13-18 (Please take a moment to read this passage). Vs. 16 says that Jesus is going to “descend from heaven with a shout, with the voice of the archangel, and with the trump of God: and the dead in Christ will rise first.” Did you get that? The Second Coming will be so loud that even the dead will hear it. If the dead will hear it, then it must be a very noisy event, wouldn’t you agree? This is no secret, my friends! But it does not end there. Vs. 17 says that all those “which are alive and remain shall be caught up together with them in the clouds, to meet the Lord in the air: and so shall we ever be with the Lord.” So all of God’s faithful, whether dead or alive, will one day be caught up into the clouds to be with Jesus. The verses must be read in their proper context in order for us to have a clear understanding of what is being said.  1 Thess. 5:2-4 says, “For you yourselves are fully aware that the day of the Lord will come like a thief in the night. While people are saying, “There is peace and security,” then sudden destruction will come upon them as labor pains come upon a pregnant woman, and they will not escape (ESV).” Here it is clear that the word “thief” is describing the unexpected manner of Christ’s return. However, It is not saying that He will come and go in a secret manner, hence the words, “sudden destruction.”

There are so many other verses which describe the manner in which Jesus will come again.

“Rapture” Not In the Bible

The word “rapture” does not appear anywhere in the Bible. It means, “The act of transporting a person from one sphere of existence to another, esp. from earth to heaven.” Do I believe in the rapture? Of course I do. The Bible clearly supports it (in principle). Do I believe in the Secret Rapture? Absolutely not! There is no supporting scripture for it. The only thing “secret” about His coming is the time (Matt. 24:36).

The Secret Rapture not only teaches that Jesus will come in secret to gather His church, but that there is a second chance; a seven year tribulation period. So if Jesus comes and you are not ready…no worries, you have another kick at the can. This is dangerous! There are thousands, perhaps millions, who adhere to this concept. The Bible is abundantly clear as to the manner or nature of Jesus’ second coming. “Today, if you would hear His voice and when you hear it, do not harden your heart (Hebrews 4:7-AMP).” The second chance is now. Don’t wait, for tomorrow is not promised.