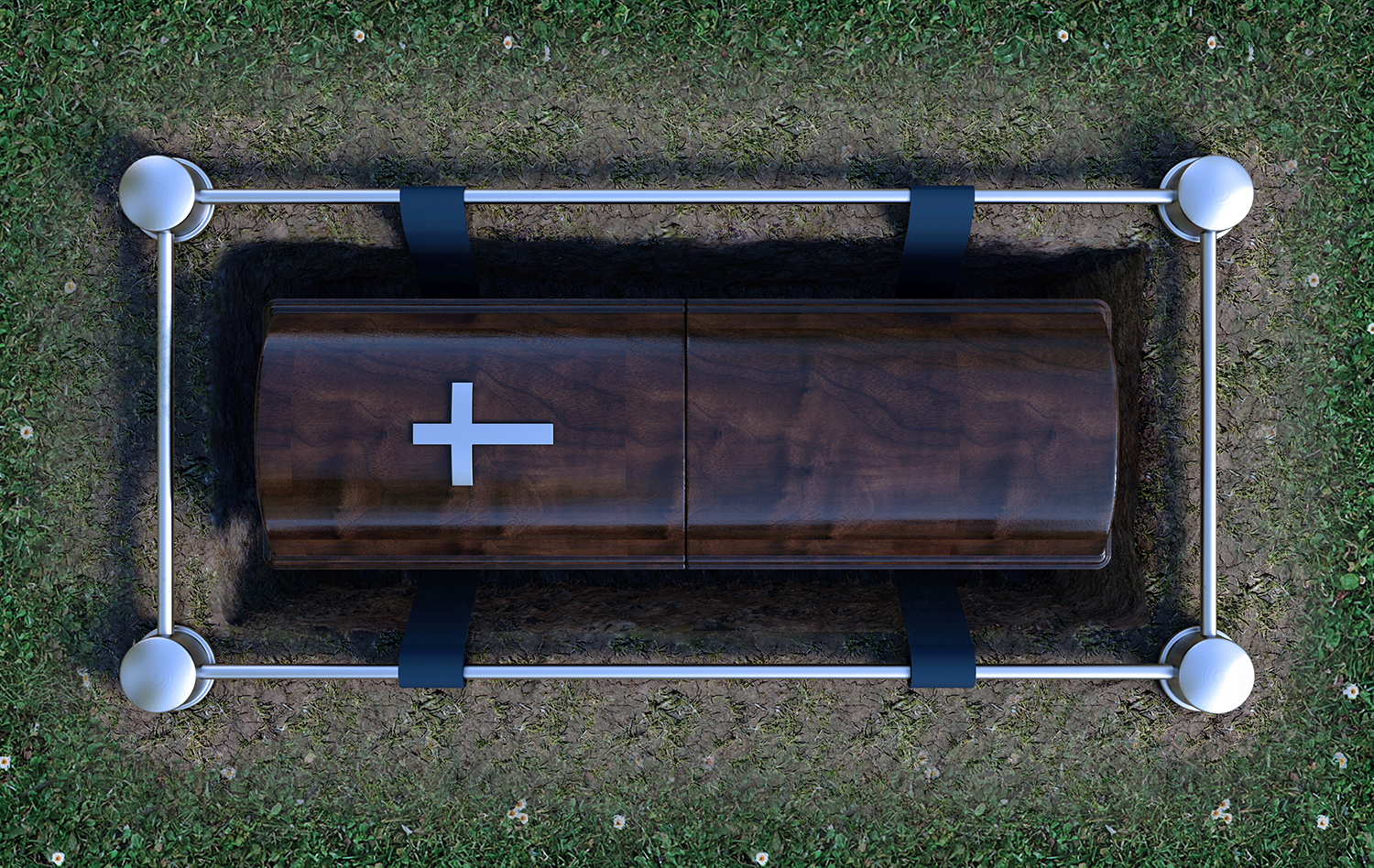 The very first lie recorded in the Bible is told by the serpent (Devil) where he says to the Eve, “You will not die” regarding her eating of the forbidden fruit. This is a lie that has been perpetuated throughout the world’s history.

So, what does the Bible say about death? What happens when we die? Why is there so much confusion and mystery around the subject of death? Do we go to Heaven immediately when we die? Are there disembodied spirits praising God right now around His throne in Heaven? Can we communicate with loved ones who have passed away? Are the dead really “dead”? Rest assured, God has given us enough evidence from His Word so that we need not be confused.

The Immortality of the soul

So, what exactly does the Bible have to say on the subject? I am happy to inform you that there is an abundance of information on the state of the dead found in the Word of God.

Ezekiel 18:4 God says, “Behold, all souls are mine; the soul of the father as well as the soul of the son is mine: the soul that sins shall die.” But what exactly is the soul? Well, the first mention of the word “soul” is found in Genesis 2:7 “And the Lord God formed man of the dust of the ground and breathed into his nostrils the breath of life; and man became a living soul.” Notice that the Bible does not say, “man was given a soul”. It says that “man became a living soul”. This is extremely important to know.

The best way I can explain the existence of the soul would be to use the example of a lit bulb. A lit bulb (the soul) does not exist without the union of electricity (breath of life) and the mechanical components (body). Without electricity, the bulb’s physical properties (body) is rendered useless. The tungsten filament, glass enclosure, screw thread, electrical foot contact and a few other components of the bulb represents the dust, or physical material God used to form man. The bulb with all its physical components represents the body that God created. Without electrical contact, there will be no lit bulb or soul, if you will. Once electricity (breath of life) is applied, instantly, there is light. You now have a lit bulb.

In a very similar way God made man. He first formed man from the dust of the earth; formed all his organs and set in place the intricate cells, skeletal structure, brain, various systems and wrapped them in skin. But despite of this masterpiece, man did not yet exist. This was just a lifeless body until God breathed into man’s nostrils the breath of life. It was then that man became a living soul. This process can be broken down into a formula which looks something like this, body + breath = soul.

Without the body, the soul ceases to exist. The Bible explains just what happens at death, which is the reversal of creation, where body and breath of life are separated.  Ecclesiastes 12:7 says, “Then shall the dust return to the earth as it was: and the spirit shall return unto God who gave it.” The word “spirit” here is not referring to a separate living entity apart from the body but the breath of God. How do we know this? The original meaning of the word, “spirit” is Ruach (breath, wind, spirit). This reversal of life is further emphasized in Psalm 146:3,4 which says, “Put not your trust in princes, nor in the son of man, in whom there is no help.  His breath goeth forth, he returneth to his earth; in that very day his thoughts perish.” This is the process of death. The breath of life makes its grand exit leaving the body and returns to God who gave it. The body is returned to the earth from where it came to perish in the process of decomposition.

Are the Dead Really Dead?

Let us notice that Psalms 146:4 goes on to say of the deceased that his thoughts perish. There is no thought process in death. All cranial functions are terminated. There is no remorse, sorrow or anticipation in death. There is no planning or scheming; no visions or imaginations. The Bible says that the thoughts perish. Ecclesiastes 9:5,6 says of the dead that, a. He doesn’t know anything, b. He has no more reward for his memory is forgotten, c. His love, hatred and envy is perished, and, d. He has no more portion forever for anything done under the sun. I believe this is abundantly clear, don’t you?

Do the dead praise God?

I attended a funeral back in 2015 where the priest, in his attempt to comfort the bereaving, exclaimed that the deceased was “soaring with the angels in heaven.” You may have heard similar rhetoric. In many instances, people are told that their deceased loved ones are in Heaven, praising God around His throne. As comforting as this may seem, it is not supported by the Bible. Psalms 115:17 says, “The dead praise not the Lord, neither any that go down into silence.”

What about Samuel the prophet?

The story of Saul going to a sorcerer to summon up the spirit of Samuel the prophet has been part of a long debate in the topic of the state of the dead. The story is found in 1 Samuel 28. Before we even go there, let’s remember that God Himself gave the prohibition against consulting with sorcerers or those who have familiar spirits (see Leviticus 19:31). The Bible also says that Jesus is the one who holds the keys to life. He is the resurrection (see John 5:40; John 6:40 & John 11:25). If you put these two truths together, it will help you to understand what happened and what didn’t happen in the story of Saul and the sorcerer. The two points are: 1. God forbids any attempt to communicate with the dead and 2. God alone has the power to raise the dead.

In this story of King Saul, we see a man who has forsaken God’s commands and has gone so far in his rebellion that God no longer hears or answers him. I will hasten to say here that no matter how far you may wander from God, He will forgive you if you truly confess your sins (see 1 John 1:9). King Saul did not do this. The Bible says that when the host of Philistines gathered against Israel to annihilate them, King Saul, in desperate fear inquired of the Lord, but God did not answer in either dreams, Urim or by the prophets (see 1 Samuel 28:5,6). So, what did Saul do? He went to the witch of Endor to summon up “Samuel” to enquire of him. What really took place in this story is what we would call today a séance. Remember, the only way that Samuel could have been raised from the dead would be by the power of God, and God was not in this transaction. God does not work in contradiction to His own laws and principles. Saul was having a supernatural experience with demons. How do we know that God was not in this transaction? Turn to 1 Chronicles 10:31 where it says, “Saul died for his transgression which he committed against the Lord, even against the word of the Lord, which he kept not, and also for asking counsel of one that had a familiar spirit, to enquire of it.”

Where are the dead?

To those of you who are agonizing over your deceased loved ones and wondering where they are right now. The Bible gives sufficient answers to your questions – if you will believe. Jesus says in John 5:28,29 that the time is coming when all that is in their graves will hear His voice. They will come out, both the righteous and the wicked in their due time, either at the resurrection of the righteous or at the resurrection of the wicked. See also 1 Thessalonians 4:13-18.

In Acts 2, Paul speaks about the patriarch David. You know, the man described as being “after God’s own heart.” He says of David in verse 29 that he is “both dead and buried.” In case you are saying, so what? This is only talking about his body, we read further down in verse 34 where it says, “David is not ascended into the heavens.” This is amazing because as blessed as King David was, the Bible clearly states that he is not in heaven. Now if David is not in heaven as we speak, what makes you think your deceased loved ones are there? The Bible is clear. The dead are resting in their graves until either the first or second resurrections. We have great things to look forward to.