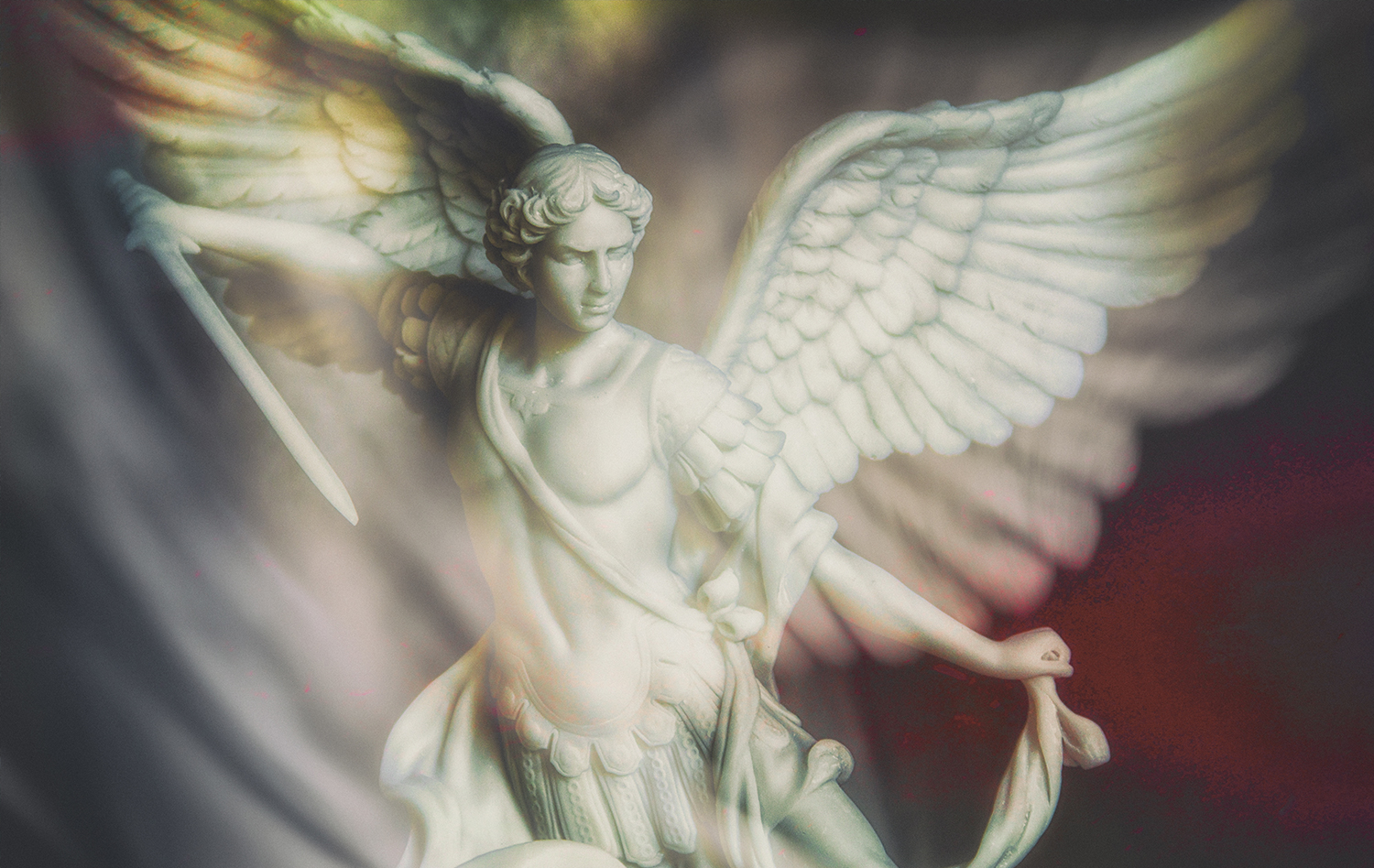 The name “Michael” appears only in passages that are linked with the apocalypse.

Archangel: occurs only twice in the Bible. ἀρχάγγελος

There are only 5 verses in the entire Bible that mention Michael, the Archangel. Here they are:

2 Thessalonians 4:16 says, “For the Lord himself shall descend from heaven with a shout, with the voice of the archangel, and with the trump of God: and the dead in Christ shall rise first:”

“Jesus said unto her, I am the resurrection, and the life: he that believeth in me, though he were dead, yet shall he live.” John 11:25

Jesus said, “I am he that liveth, and was dead; and, behold, I am alive for evermore, Amen; and have the keys of hell and of death.” Revelation 1:18

To Jesus alone, is ascribed the power to raise the dead.

Jesus is referred to as an angel or angel of the Lord.

In the Bible Jesus is often referred to as “the angel of the Lord”. In Exodus 3:2 says, “And the angel of the Lord appeared unto him (Moses) in a flame of fire out of the midst of a bush: and he looked, and, behold, the bush burned with fire, and the bush was not consumed.”

Judges 2:1 says, “And an angel of the Lord came up from Gilgal to Bochim, and said, I made you to go up out of Egypt, and have brought you unto the land which I sware unto your fathers; and I said, I will never break my covenant with you.”

Who is this angel of the Lord? It is none other than Jesus.

Joshua 5: 13-15 says, “And it came to pass, when Joshua was by Jericho, that he lifted up his eyes and looked, and, behold, there stood a man over against him with his sword drawn in his hand: and Joshua went unto him, and said unto him, Art thou for us, or for our adversaries?

14 And he said, Nay; but as captain of the host of the Lord am I now come. And Joshua fell on his face to the earth, and did worship, and said unto him, What saith my Lord unto his servant?

15 And the captain of the Lord’s host said unto Joshua, Loose thy shoe from off thy foot; for the place whereon thou standest is holy. And Joshua did so.”

Notice that Joshua worships this being without rebuke prohibition. The only person worthy of our worship is one who is a member of the Godhead.

Conclusion: Michael, the Archangel is non other than Jesus, the captain of the Lord’s army. It is by the call of His voice that the dead in Christ will rise (see 2 Thessalonians 4:16.